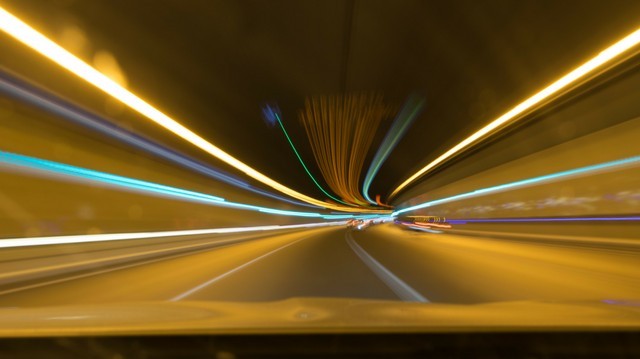 Now we get to something that can be a bit controversial for those who are learning Japanese. I’m talking about listening to and learning from “Fast Japanese” instead of the regular “Slow Japanese” that most beginner’s are exposed to.

First let me talk about the situation of a person who starts learning Japanese and primarily uses “Slow Japanese” for the example words and practice.

Then I’ll talk about how the language is actually used by natives and why you should be using “Fast Japanese” first, and only ever falling back onto “Slow Japanese” in situations where you need clarity on what’s being said.

Finally, I will tell you about the situation that I have coined The Language-Speed Paradox and what the implications are, that is to say, how it should affect your studies once you’ve become aware of it.

What is “Slow Japanese” and Why Do Students Love it?

When a person starts learning Japanese, they typically do so in one of two ways:

If you learn from a book, then there is literally no speed. You can read and learn a Japanese phrase in two seconds, two mintues, or even two hours. It’s not going anywhere.

This is good when the focus is on teaching abstract concepts like grammar, or when a person is working on becoming literate in the language, but it’s actually not all that helpful when they want to learn how to listen to and speak Japanese.

You have to actually listen to and speak Japanese in order to improve those skills with the language!

In these cases, the student who learns from a beginner’s course is usually in possession of stronger aural skills than the one who learns through reading.

But how is the audio usually presented in these courses? The answer is usually at a slow pace, but sometimes a little faster at what we would consider a medium rate of speed.

This is done so that the student can comprehend what they are hearing and then repeat it themselves.

It’s a smart way to begin, since anything that resembles a normal conversational speed by natives would be too fast for the brain to handle.

When we hear a lot of new sounds that aren’t a part of our native language, our brains tends to distort and ignore them so as to reserve energy and focus for the things that are important to them (i.e. things they understands).

Even though the audio has been slowed down for the beginner, it still (usually) feels fast to them since they are trying to decipher the sounds and remember what the translation is.

After trying out many different courses on Japanese, I can say that nearly all of them use this “Slow Japanese” throughout the entire course.

Now this isn’t necessarily a “good thing” or even a “bad thing” as it all depends on how you look at it.

My feelings on the matter is that using this “Slow Japanese” is good for the start of the journey in order to help you master the individual sounds of the language and really get a feel for the language as a whole.

The only problem with it is that students tend to get stuck in it since it becomes their comfort zone with the language and they never force themselves to the next level up, which would allow them to get used to the speed at which natives actually use Japanese.

That Brings Us to “Fast Japanese.” What Exactly is it?

Generally speaking, all natives are really freaking good at their first language!

I know, I know… I’m revealing “the secrets of the universe” here. Try not to FAINT!

All joking aside though, it makes sense when you think about just how many pure hours of listening, speaking, and even thinking in the language they’ve spent over the course of years, and years, and years!

The end result is that they can use and understand tens of thousands of words at near instant speed.

After a few years of being totally immersed in the language, natives don’t even *think* about it and yet they are still able to use Japanese correctly at nearly all times.

What I’m trying to get at here is that when it comes to the real world of speaking Japanese by natives, there is no such thing as “Slow Japanese.”

Let that sink in for a second before we continue on with the lesson.

Natives don’t choose to speak at a slow speed, unless it is for an unusual situation.

That means that if you always learn the Japanese language from a slow perspective that is aimed at beginner students, you will never reach a level of fluency that natives of Japanese regularly employ.

What this esentially means is that you have to stop using materials that present Japanese at a slow or moderate pace at some point, and then you have to start learning from audio that is at the same rate of speed that you will hear in real life.

The thing that usually happens is that a person uses the slower audio since they “just can’t keep up with” the natural speed of Japanese people.

The problem that I experienced myself, and I still see others falling victim to, is that you will never feel 100% ready for the faster rate!

That feeling it what stops most people from moving on to the next level.

I personally studied the language for over a year with “Slow Japanese” and even when I finally decided that I was going to practice with the fast stuff no matter how hard it was, I still struggled a lot!

But here’s the interesting thing: After only two weeks of listening to and repeating the language at a normal native speed, I got used to it.

Then I listened to some of the older stuff that I had used in the last year, and it felt insanely slow!

The lesson that I learned is that, we as humans always find a comfort zone with the language we are learning, and then we tend to stay there because we never feel we are “ready” to go to the next level.

But here is the great secret: You will never feel ready, so you might as well do it anyway and get used to it!

This actually makes a lot of sense when you remember that, at first, even the “Slow Japanese” seemed way too fast!

But then something interesting happened, you got used to it.

The same thing will happen with “Fast Japanese” – you will get used to it.

And then you will have then reached a new level with Japanese.

What is The Language-Speed Paradox?

Here’s an interesting situation I experienced once: A person had been studying a foreign language for over ten years, and they couldn’t keep up with a five year old child (native) in the same language.

Now the question is why this situation could exist.

I mean, the adult is not only smarter, not only has the experience of fluency in at lest one other language, but they had also spent twice as many years studying the language!

So how could the kid possibly be wiping the floor the them?

The answer lies in what I call The Language-Speed Paradox, and it is simply this:

We use a slow version of the language with adults, but the normal “fast” version with children.

Think about it, you might slow down a few phrases when speaking directly to a baby, but 99% of the audio that they hear while they grow up is at the speed that adults use.

What this means is that the child has no choice but to learn the language at a fast pace!

On the other hand, we adults get to choose to listen to the language slower than normal, and it’s a lot easier (at first) this way, so that’s exactly what we do while we wait for it to “feel comfortable” at the higher speed, which of course it never naturally does.

If you were to force yourself to listen to and practice the language at the speed that natives use it, then you would eventually (and actually rather quickly) bring your confort zone up to that same level.

That is why I say that “Slow Japanese” is fine at first when your primary goals are learning the sounds of the language and understanding how it is structured, but once you are at the end of the Beginner Level and getting into the Intermediate Level, you must throw away the training wheels and start using the langauge the way that natives do.

Having said this, it is always perfectly OK to slow a particular sentence down so that you can fully hear it and repeat it yourself, just so long as you repeat it over and over again until you’ve reached that native level speed.

Think of it as if you were racing cars. You need to go fast in order to keep up with the others on the track. However, it is wise to slow down for turns and parts of the race that you are unfamiliar with.

But once you’ve got an idea of how that particular part of the race is laid out, you can take it at a faster pace on the second or third lap.

I just wanted to share this before we ended this lesson as I thought that it would help you to see how the slow version of Japanese is literally different from the fast version.

Do you remember how I showed this audio waves of the exact same word, but one with the individual sounds, and the other with the complete word?

Well I’ve done the same thing here, but this time I’ve used the exact same phrase only at different rates of speed.

The first one is slow, and you can see how it looks and hear how it sounds here:

Compare and contrast that with this next one which is the actual speed at which a Japanese person talks in the language:

The point I want to make is that they are different!

So if the slow version of Japanese is different from the fast version, and over 120 million people use the fast version 99% of the time when they speak, which version do you think you should be spending the majority of your time on?

The answer is obvious.

Again, I personally feel that it is fine to use Slow Japanese when you are a beginner, but that stage of the game is actually reletively short.

Once you’ve mastered the sounds of the language, gotten a general grasp on the structure of it and how the basic grammar works, and learned anywhere from a few hundred to a thousand words, you are then ready to move on to the intermediate level and start using Fast Japanese.

This lesson was jam packed with information! I honestly feel like I could go on even further with it, but I won’t becuase the next lesson is the final one.

You are one click away from graduating this course.