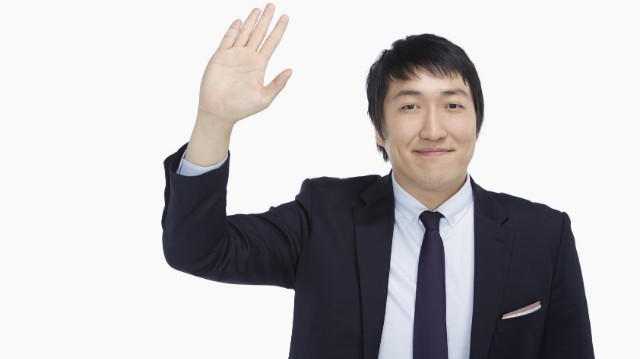 If you’ve been learning Japanese for any time at all, then you’ve most likely come across the word どうも (doumo) in several different situations. This is because that one word has several meanings. What does domo mean in Japanese? That’s exactly what we’ll cover in today’s lesson.

Before we get started, let’s just look at a few different ways that it’s spelled so that there’s no confusion.

In Japanese it is spelled as どうも and in English you might see this transcribed as domo, doumo, or dōmo. Technically speaking, the second and third English spelling of it that I listed are the correct ones since it has an elongated “o” vowel at first.

But not everyone types it in that way when using an English keyboard, so I’ve included it in the list just in case.

Alright, with that out of the way, let’s hop into the good stuff!

What Does Domo Mean in Japanese?

The most common way that I see どうも (doumo) used in Japanese is equivalent to the English word “very” when used to express a person’s feelings in set phrases just as “I’m very sorry” or “Thank you very much.”

Let’s say that you accidentally stepped on a person’s foot and you want to apologize. You can do so by saying the following:

While just apologizing with the standard すみません would probably be fine in this situation, going the extra mile by adding on the どうも is a nice way to convey your feelings.

On the other side of things, let’s say that you’re leaving the office or school and as you are walking out the door a person chases you down and hands you your phone. You can’t believe that you forgot it and almost went home without it!

Since you feel so grateful to the person who went out of their way to bring you your iPhone or Android, you want to do more than just say thank you. You want to add some feeling to it so that the person knows they’ve done you a great favor.

Here’s how you can express your extra level of gratitude:

I can’t imagine losing my phone, but I bet that it would be a huge inconvenience!

As for thanking people, that brings us to the next section in our lesson on どうも.

Domo Can Also Mean Thanks

It is very common to use どうも (doumo) when saying thank you to other people. So much so in fact, that you often times can omit the ありがとう (arigatou) part and just say どうも.

This is an informal way of thanking a person, so you wouldn’t want to use it when speaking to people who have a higher position than you at places such as work or school. But it’s fine when speaking to your friends or people who are of equal status.

There are also some set phrases that use どうも and are used to thank a person. The first one is:

This one is used when you run into a person and you want to start off the conversation by thanking them for their help the last time you saw then.

For example, let’s continue off of the example from earlier when you left your phone at the office or school and someone ran after you to return it. The next time you see them would be a good time to use the above phrase to thank them again for being such a big help.

The word 先日 (senjitsu) means “the other day; a few days ago” but if you just saw the person yesterday, then you might want to use 昨日 (kinou) for “yesterday” instead.

This last phrase is what’s known as a 軽い挨拶 (karui aisatsu) or a “light greeting” since it’s the first thing you say when you run into a person you know. However, どうも can actually be used by itself as a greeting. 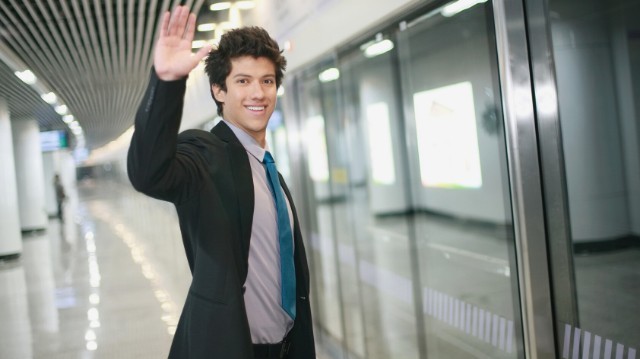 I’m sure you’ve seen several ways of greeting people in Japanese such as こんにちは (konnichi wa) for “hello” or おはようございます (ohayou gozaimasu) for “good morning.”

There is also an informal way to greet people with our word of the day:

This is a pretty casual way to greet people on the street or wherever you happen to see them at. Just be sure not to use it towards people who command a certain level of respect from you.

Another thing that you could say to a person is the following:

This one can be used when you meet a person whom you haven’t seen or talked to for quite some time.

If you want to say hello, but you’ve seen the person more recently then you can also say:

Generally speaking, the longer a phrase or verb is in Japanese, the more polite it is. That means that super short ones, like saying どうも for “thanks” or “hello” are considered informal and should be kept to casual situations only.

A Super Versatile and Useful Word

As you’ve seen from the above phrases and examples, the word どうも is really versatile and can be used in a variety of situations. This is definitely one of those “essentials” that you’ll want to learn and remember while learning Japanese.

Now that you’ve learned about it, all that’s left to do is practice using it yourself and also keep an eye out for it to see what other ways Japanese people use it.

If you encounter it out in the world in a new way that wasn’t mentioned in this article, then leave a comment down below and share it so that I can add it to the list and other people can learn it as well!

2 thoughts on “What Does Domo Mean in Japanese? It’s More Than You Think!”