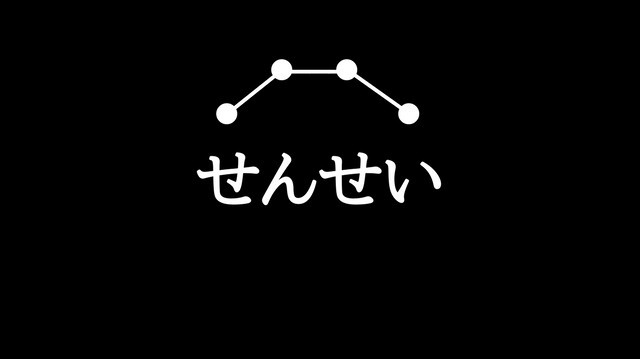 Alright, now we get to one of the most misunderstood, or even unknown parts of Japanese – pitch accent. But learning and understanding pitch accent in Japanese is critical in order to reach a high level with the language.

Do you remember earlier when I said that syllables are not stressed in Japanese? That’s because the Japanese language stresses the pitch of a word (rather than a syllable) in order to emphasize one part of the word over the rest.

Again, this is one of those things that is best learned by explaining it first and then showing some illustrations so that you can “see it” (literally) in picture format, and then finally provide lots of examples to listen to.

First let me talk a little bit about the English language’s system of stressing certain syllables since this is your native language (maybe?) and it’s what you are used to.

Then once you’ve got a clear picture of how English handles it, we will then switch over to the Japanese system so that you can clearly see how it is different from English.

Remember, awareness first and then practice!

The English System of Stressing Syllables

In English, we stress one syllable in a word. This syllable is known as the “accent” for that word and there are a couple of qualities to it.

Usually it sounds louder than the other syllables in the same word. That’s because you provide more force on that syllable than on the others.

Sometimes it also sounds like you’re holding that syllable for a longer duration that its counterparts.

Let’s take a look at some words with the stressed syllable highlighted below. Note that I will be capitalizing and bolding the syllable that gets stressed so that you can clearly see the accent:

You say these words naturally like this, since it’s the way you heard them growing up. But what about words that you’ve never heard before, but have only ever read in a book?

Isn’t it true that you tend to mess up the pronounciation of them until someone corrects you?

That’s usually the case for most people, myself included.

Try saying the above words with the accent on the wrong syllable and see how they sound instead:

Listen to this audio file below of the correct way to say each word, followed immediately by the incorrect way and just listen to what it sounds like.

Alright, as this point I think you understand how we accent things in English. Now let’s see how it’s different in Japanese.

The Japanese System of Stressing Pitch

If English has these strong and weak syllables, then what does Japanese have?

It has high and low syllables.

Rather than making one part of the word louder like it’s done in English, the Japanese language will make the pitch (sometimes call “tone”) go up or down – in otherwords it will change pitch at some point in the word!

There’s actually a lot of information when it comes to learning about pitch accent, but as long as you know that it exists, and you listen for it intently, you should be able to pick it up naturally just like you did with the stressed syllables in English.

Nevertheless, there are two things you need to know right now when it comes to pitch accents:

Let’s take a look at how this actually occurs with a few Japanese words and some illustrations that show it.

There’s really two important things to realize when it comes to pitch accent in Japanese.

The first is that, just like if a person messed up the English stress, when a person speaks Japanese with the wrong pitch pattern, it makes it hard for the Japanese person to know what they are saying.

Usually the native can figure it out from the context of the phrase and the situation, but the fact remains that even if you pronounce a word correctly, but still use the incorrect pitch accent pattern, it becomes a barrier for the Japanese person’s comprehension.

It makes sense, right? You’ve heard “aMErica” probably a million times in your life, so if a foreigner started talking about “ameRIca” you would be confused at first until you figured out what they were talking about.

The other thing that you need to know about pitch in Japanese is that, due to the rather limited number of sounds in the language, there can be multiple words that use the same pronunciation, yet different pitch accents to tell them apart.

In other words, if you try to say one word, but use the wrong pitch pattern, you risk saying a different word entirely and, again, confusing the listener.

Here’s a few simple examples of this situation:

Again, the Japanese person listening will probably be able to tell what you are talking about from the conversation, since it would be weird to ask for a bridge before you eat, but it makes perfect sense to ask for chopsticks.

Even so, learning the correct pitch accent patterns is a huge part of the Japanese language and it is important to know about it, and to practice mastering it.

Again, this is one of those things that, once you know about it, you will start to hear it all the time!

This is a good thing!

So, consider yourself informed. Listen for the pitch accent pattern in all words that you hear, and mimic them to the utmost of your abilities.

Eventually you will come to the point where it is as natural to you as using the correct syllable-stressed system in English.

Example words with pictures of the pitch patterns

For the example words this time, I don’t want to overwhelm you so they will be the ones that you have already seen in the above examples.

Again, remember that if you are struggling to hear these pitch differences now, don’t worry about it too much. The brain usually needs a little bit of repetition, separated by a good night sleep, in order to consolidate new information and then utilize it later.

If you are struggling with this (or any part really) just give yourself a part on the back for taking action and trying, and come back the next day to try it again.

I can’t tell you how many times I am shocked at how much easier it is to do something after I’ve practiced it a lot on day one, and then went to sleep and tried again the following day.

Remember, never give up!

And also the words that use the same pronunciations, but utilize different pitch accents:

Your Assignment for This Lesson

And you’ve learned it right at the beginning of your journey with the language!

You should be pretty excited about understanding this concept so early in the game.

And for those of you who have been studying Japanese for a while now, this is going to take you to the next level!

In fact, you are almost completely done with section two of this course!

We actually don’t have any more sounds to go over, but instead we have two special lessons that should also help you to accelerate your progress towards sounding like a native Japanese speaker yourself.