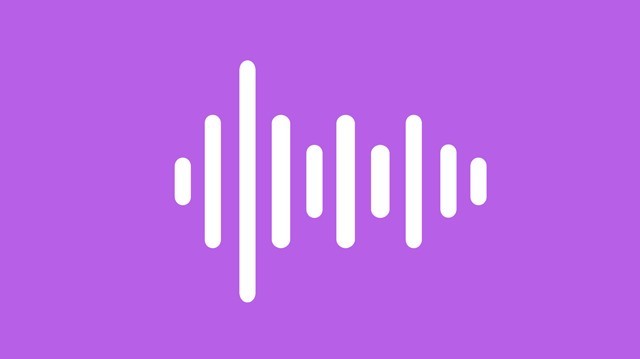 If you only ever study individual Japanese words, then when you put them together into a full sentence, it will sound weird and unnatural to the other people who are listening to you.

What it will sound like is one of those robots that say a lot of words in succession, but they don’t really feel like they fit together. It sounds like each word was taken from a different sentence, and then glued (poorly) into the new sentence that you are listening to now.

This is because of something that is known as prosody. Basically speaking, prosody = quality, that special something that makes full sentences sound and feel normal, natural, and “just right.”

But I’ve got a different way for you to think of it. A way that I feel is more useful.

Well, when we studied how words sound, each one was presented as a single complete entity – Not the individual sound parts.

Here is a picture that illustrates what I mean. For those of you who are unfamiliar with this kind of picture, it is simply a graph that visually illustrates sound. In this case the four blue sound waves on the left are the individual sounds of a word, and the single big wave on the right is the complete word.

So let’s talk a little bit about the left half of the picture. These are the four sounds that are used to say “good morning” in Japanese: お は よ う。

The second graph is the actual word おはよう and not just the parts of the word like the first example shows!

Notice how even though these two examples are comprised of the same sounds, they actually different from one another.

Here’s the point: “The Whole is Greater than the Sum of its Parts!”

A complete word is not just some sounds put together. It is more than that, and it can only truly be learned and understood when it is in its complete form like this.

And here’s the great secret: It’s exactly the same situation with complete sentences.

A sentence is not just some words put together. It is more than that. And you have to study the language at this full sentence level in order to truly master it.

And, if I can drop one more knowledge bomb on you for this part: even the meaning of certain nouns will change depending on how they appear in different sentences.

The discussion on grammar and nouns is really meant for a different time. I just wanted to touch on it here, not overwhelm you.

Really what I want to get at in today’s lesson is the concept of learning Japanese through the exposure to, and use of full sentences.

Let’s take a look at another graph. At first we can see five separate sounds.

Now here is what the sound looks like when a person actually uses this phrase in real life:

There are a couple of things that I want you to really get from these last two pictures.

The first is that a full sentence sounds like one long sound (or string of sounds). This is something we already touched upon with the first example between individual sounds and complete words.

But the second thing I want you to notice is that, if we try to line up the individual words into a single sound, so that it is similar to the full sentence, the sound waves look different!

This is something that I’ve been talking about for pretty much the entirety of Section Three.

The way that words sound when they are by themselves is different when those same words are in a sentence!

This is huge. I hope you are paying close attention to this part.

Now, the big question is this: Why is it important to understand that the sounds of the language change between individual words and full sentences?

And the answer is because natives speak in complete sentences, not words.

Let me ask you a question, how do you think most people study Japanese? The answer is in words.

Most of these methods focus on teaching you Japanese at the word-level, rather than at the sentence-level.

People who use these methods as their primary study, work on increasing their vocabulary one word at a time and think that once they simply know enough words they will reach fluency.

I’ve said this before (not in this course) and I will say it again: “Having a large vocabulary is helpful, but not necessary for fluency.”

Even if you knew 20,000 Japanese words, if you weren’t already used to hearing and speaking them in full sentences, you would struggle to understand them every time someone said them to you.

I need to wrap this lesson up, because I’ve gone on for long enough.

Let me just explain something about the course, that you may (or may not) have forgotten about:

~First I taught you the individual sounds of the language. Why?

So that you would be ready when we moved onto complete words.

~Then I taught you the sounds that only occurred inside of complete words. Again, why?

So that you would be ready when we moved onto complete sentences.

~Finally, why am I now teaching you the sounds as they naturally appear in complete sentences? Because this is IT!

THIS is how people use the language. THIS is the level that you are going to have to play at if you want to understand Japanese like you understand your native language.

It really all goes back to that saying, “Begin at the end.”

This means that since the end game of speaking Japanese is going to be in complete sentences, you should start practicing with them as early as you can.

I gave you two steps to master before getting to the sentence level, but now that you are here, you’re ready to go.

Are you guys tired of me yet! Lol, I hope not because we still have two final lessons until you graduate.

The next one is something that no one talks about, but will change the way you practice forever.

The final lesson is my advice on where to go from here. It might not be what you think.