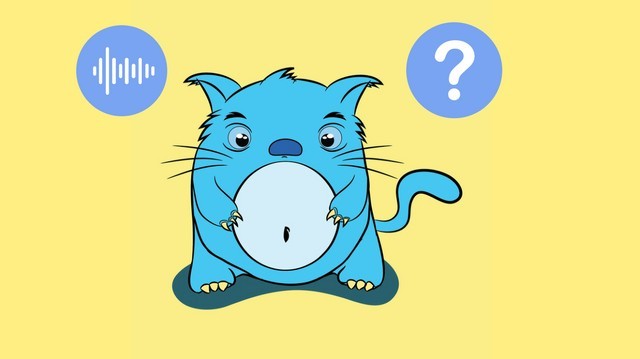 Now we come to the final lesson in Section Two.

This time we are going to move away from sounds and physical movements and spend a little time in an area that rarely gets visited: The Psychology of Speaking a Foreign Language.

We are going to talk about the attitudes and the beliefs that you can adopt in order to improve your speaking abilities when it comes to Japanese.

This is often considered the final hurdle that students must overcome to make the leap between sounding pretty good, and sounding like a native speaker in the target language.

There is actually quite a bit of information to cover, so let’s get started!

You Have Multiple Identities, Do Any of Them Support You?

We all have multiple identities.

Don’t freak out, we’re not crazy!

What I mean is that, we all have different roles that we play in life and each one has its own set of beliefs and ideas.

Let me share a couple of my own identities with you about myself. I am a:

Here’s the thing that’s important to note: I will act differently based upon which “role” I am fulfilling at any given time.

It makes sense that I would act differently at my day job in my professional environment than I would when I’m playing video games with my buddies.

You see what I’m getting at here?

Think about some of the identities that you have in your own life and how you behave differently in each one.

Now here’s the big question: Do you have an identity that supports your Japanese?

Most people who are learning Japanese would say “Yes, I have the identity of a student of the language.”

This is a good start, but it’s actually not the best.

This is because students often have doubts that get in the way of mastering the Japanese language.

Now these things may or may not be true in the actual fact of things, but they are definitely un-supportive.

The weird thing about beliefs is that they almost always act as self-fulfilling prophecies.

That simply means that the thoughts you repeatedly hold in your mind eventually manifest into your reality.

What Identities are Supportive for Mastering Japanese?

So what if instead of having an identity that includes doubt, you had one that absolutely required mastery of the language?

What if you took on the identity of a native Japanese person yourself when you practice the language?

A native doesn’t have any doubts about their abilities with the language, because they feel that they own the language.

They feel that the language is a part of them. It’s not something outside of them.

This is a vastly different mindset from the typical student we went over earlier.

It actually doesn’t even matter if the beliefs are in fact “true” or not when you think them because if you tell yourself something loud enough, and for long enough, you will come to the point where you believe it 100%.

At first you become like an actor who has to “become the character” that they have been assigned for the play.

The best actors are the ones who convince themselves that they are in fact their roles while they rehearse and perform the show.

It can be the same way with you and the Japanese language.

But the native’s identity isn’t the only one that you can take on in order to blend in perfectly with the Japanese populace.

There is another one that works just as well: The role of the spy!

All the major governments have spies that operate in other countries, and they fit in perfectly with none the wiser.

There have been news stories of it happening here in America where Russian spies lived for years without their neighbors ever knowing they weren’t in fact Americans!

Think about the kinds of beliefs a spy would have for the foreign language:

Again, which is more supportive and effective in making you better with the language: doubt or confidence?

It sounds like it’s too easy to be true, but believe me when I say that changing your own beliefs about yourself is one of the hardest things you can ever do.

But if one person can do it (and they have), then you can do it too.

The point of this exercise is to have you adopt the beliefs and the attitudes of a person who’s Japanese is perfect.

There is a saying that “Your performance can never be higher than your own self-concept.”

If you believe that you Japanese is perfect, then you will be able to reach that point one day.

Remember that as long as you are constantly working on improving your abilities with the language, you will always be able to improve them.

What Does Dr. Krashen Have to Say About it?

It reminds me of an interview I once heard of Dr. Stephen Krashen, who is one of the most well-known authorities on language learning.

He said that his French usually has an American accent to it, but there was this one time in particular when he was totally relaxed and engrossed in a conversation with his French tutor (in French of course) and his daughter overheard him speaking.

She later told him that he sounded exactly like a French native, with absolutely no trace of an American accent!

Intrigued by this, he began to research it to find out why this was so, and he eventually came to the conclusion that when he would normally use French, he was always very conscious of the way he sounded since he knew that he has an American accent.

But this time he was so into the discussion, that he completely forgot that French wasn’t he first language!

The only thing his mind was focused on was the content of the conversation.

In other words, he had worked on French so much, that he knew the sounds perfectly on an unconscious level, but his conscious mind would still get in the way normally.

When he didn’t *think* about it to much, he actually spoke just like a native.

This lead him to conclude that once you practice enough, then “The perfect accent is within you, for any language.”

Let me repeat that for emphasis, and for you specifically:

“The perfect accent for Japanese is within you.”

It makes sense, right? If you’ve spent years and years speaking English, then you’ve come to associate those sounds with your own identity as a person.

Then when you start to learn a different language with different sounds, it feels “wrong” to you since it’s not “you.”

This is why I want you to install at least one identity in yourself that has the belief “My Japanese is perfect.”

Whether or not this is true right now, isn’t important. You will always grow in the direction of your dominant beliefs.

It’s a bit of a paradox: You have to believe that your Japanese is perfect, but then you have to continue to learn and study the language because, for right now, it’s not.

Here’s the Thing I Want to Ask of You: Trust in the Process.

I’ve written this course with a lot of care and a lot of thought. I haven’t put anything in here that I didn’t feel was absolutely vital for you to know.

This lesson today is a big one, and I’m sure a lot of people will feel uneasy about it at first, but you’ve come this far believing in me and in the advice that I’ve given, so I’m asking you to believe in just one more thing.

Think of it this way: If you go full in, if you play this game at 100%, then there is actually no downside!

What’s the worst that can happen if you pretend to be a spy or a native while you practice?

You don’t have to tell anyone what you’re thinking when you study and use Japanese.

On the other hand, if what I’m saying is true (and I believe it is), and you decide NOT to do it, then you are actually setting yourself up to struggle with the language for much longer than you have to.

Trust me, learning Japanese is hard enough as it is! When somebody gives you a shortcut towards improvement, take it!

Anyway, at the end of the day your success or failure is really all up to you. I can’t make you learn Japanese, I can only share what I know to the best of my ability.