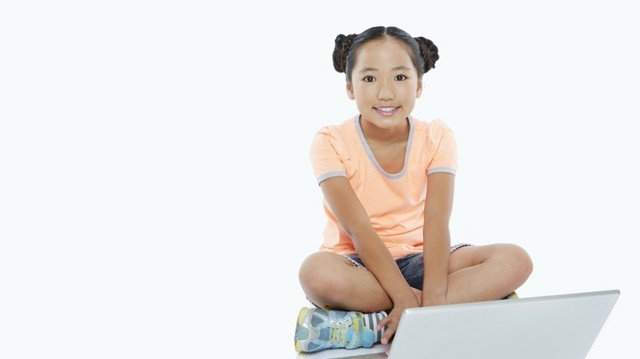 If you want to learn how to say girl in Japanese, then you’ve come to the right place. I’m not only going to tell you how, but I’m probably going to overload you with all of the different ways to do so too!

Unlike English, the Japanese language can be precise (excruciatingly so at times) with the words that it uses. For example, in English we only have the one word for “I” when speaking about oneself. But Japanese literally has dozens!

Since this sort of thing happens for a lot of words, including the Japanese word for girl, a lot of the nuances get lot in translations. Until today that is!

The Most Common Japanese Word for Girl

The most common word for girl in Japanese, and the one that Google Translate will typically use, is 女の子 (おんな・の・こ) and it just straight up means “girl” in a polite way.

This word is used by combining the word for “woman” (女) to the word for “kid” (子) through the の possessive particle. A more literal understanding of this word would be “kid of womankind” or “child-woman.”

Keep this word in mind as many times it appears as 女のコ with the katakana for the word “child” instead of the kanji.

But here’s the thing. There are a lot of other common ways to say girl in Japanese such as the following:

That last word is different from the Japanese word ギャル (from the English “Gal”) which is only used for a specific type of Japanese girl who adheres to the fashion styles of brown or blond-dyed hair, gaudy clothes and accessories.

So you remember how I said that a lot of the hidden meanings of words get lost when they go from Japanese to English? Well now I’d like to start going over those words so that you know them as well.

Many times when these words are used in a Japanese show or anime, the subtitles simple say “girl” which is true, but also not true. You see, it’s not telling you what kind of girl she is. Let’s see those now.

When people are talking about a specific type of girl, such as a student who happens to be female, they will typically call her a 女生徒 (じょせいと) which takes that first kanji for woman (女) and combines it with the Japanese word for student (生徒).

In this way a teacher can convey two separate pieces of information about someone at the same time, with a single word.

This is similar to how there is a single word that means “old man” in Japanese. Two words in English, but only one word in Japanese. Like I mentioned before, Japanese can be a very precise language at times.

The irony is that the Japanese people are known for being some of the most ambiguous communicators out there!

Anyway, it’s time to learn another one-two combo like this.

Instead of combining the adjective for beautiful (美しい) with the noun for girl (女の子) it is far more common for people to use the word 美少女 (び・しょう・じょ) which use the same kanji as the word “beautiful” and the combines it with the word used for young girls in Japanese.

Finally, if you want to talk about little girls in Japanese, and here I’m talking about infants, then you can use the Japanese word 幼女 (ようじょ) which I’m sure you’ve already guessed combines the word for infancy (幼) with female (女).

This brings us to an important point. Get familiar with the different readings for the kanji 女 since it will often get combined with other words in order to talk about girls, and lots of different ones at that!

One of the interesting things about Japan is the huge variety of genres when it comes to books and TV shows.

One such genre is known as “Magical girl” which is really a sub-genre of Japanese fantasy anime and manga such as Little Witch Academia (which you can watch on, and learn Japanese through Netflix) and the classic Sailor Moon.

The Japanese word for Magical girl is 魔女っ子 (まじょっこ) which you should familiarize yourself with now since it’ll pop up a lot when checking out these types of shows and books.

Also, there is a more colloquial version of this same word, which is 魔法少女 (まほう・しょうじょ) that basically means the same thing, but it simply written and pronounced a little differently.

In addition to “magic girl”, this same word can be used to mean “young witch” even though the literal Japanese word for “witch” is 魔女 (まじょ).

Finally, the word 乙女 (おとめ) is one that means “maiden” but is often translated to “girl” in English, just like the super awesome Japanese rock band ゲスの極み乙女 (げす・の・きわみ・おとめ) which means “Girl at the Height of Rudeness.”

I personally haven’t run into this last word too often, but it does pop up occasionally like in the first episode of Kakeguri (賭ケグルイ) which came to Netflix last year as an exclusive anime (it’s awesome by the way!) in the below sentence:

Again, I give you all of these words because you’re going to run into them at some point, and it’s better to learn them now along with their specific meanings, rather than get frustrated with the translator that tells you they all simply mean “girl.”

We’ve got one last section to go over!

When the Word “Daughter” Means Girl

The Japanese word 娘 (むすめ) means “daughter” and to be more specific it means “my daughter” as you would add on an honorific さん to it if you were talking about someone else’s daughter.

BUT many times you will see a girl whose name you don’t know, so you will refer to her as 娘 when talking about her, as a way of being polite / showing respect.

In English this would be like using “young lady” when you say something about her to the person you’re talking with.

And… There is yet another word that can be used this same way to refer to someone as “young miss” when you are trying to get their attention so that you can ask them a question! It is お嬢さん (お・じょう・さん) and can also mean “girl” in Japanese.

Like, the word 娘子 (じょうし) which it another word for girl, but used to mean a young (unmarried) woman when it was used way back in the day.

I don’t know… as we continue on in this post we get to the point of diminishing returns where we start learning more and more words that are used less and less in real life. Perhaps this is a good time to wrap things up!

Is That Really it?

For the most part, you should be good now. You should know enough Japanese words for girl so that you can not only understand it each time you encounter it, but also understand the slight differences between these words as well.

The big thing to keep in mind is when the word 女 gets combined with another, it is almost always talking about some sort of girl in the language.

After a while you begin to get used to it, so it stops being such a chore, but I can totally remember being overwhelmed myself the first couple times I tried to understand all of it.

What about you? Which of these words have you run into the most? Where there any words I missed?