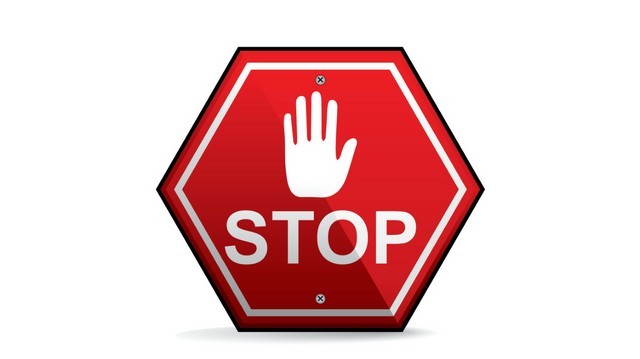 The last section talked about making a sound in Japanese longer by holding on to it. But this section is pretty much the opposite concept. Today I’ll be giving you an explanation on stop sounds in Japanese.

Although we won’t be making any of the basic sounds shorter than what they normally are, what we will be doing is adding silence in between mora.

It’s a pretty important concept, as it gets used A LOT in Japanese!

Let’s talk a little bit about it first, then move on to see how it’s notated in writing, and finally listen to some example words.

The Basic Concept of a Stop Sound

Remember when we talked about Japanese being similar to music becuase they both have beats?

For example, a 4-beat word in Japanese that we saw previously was おいしい (delicious). Each hiragana character, or mora, counts as one beat.

A stop sound is when one of the beats inside of the word is silent!

For the most part, that’s all there is to understand from this lesson. But of course I should explain a little more so that you can fully understand it.

Let’s move on to how it’s written.

How are Stop Sounds Written?

The stop sound is written with the つ symbol except it is only half the normal size, kind of like how we shrink the three [y] hiragana when they are used in combination kanji.

Here is a side by side comparison of the normal つ symbol which is pronounced [tsu] and the stop sound symbol っ which is not pronounced. We might notate it as […] to indicate the absence of sound.

If we were to write this stop sound in English, we would do so by doubling the consonant that appears after the pause.

Example: まって would be matte (wait).

This is important to note because your mouth placement is going to go to the consonant that occurs right after the stop, and then hold it there for one beat.

Saying まって in Japanese would be like saying [mat – … – te] in English.

There are a few things to note before we get to the practice words.

The first is that, not all consonants will have a stop sound. Don’t worry too much about learning all the possible ones now, just focus on hearing what complete words that contain stop sounds sound like.

The other thing is that, the [n] and [m] consonants will typically use ん for any “double consonant” word, so this concept of a stop sound (silence) doesn’t really appear in these words.

Typically you just hold that ん sound for a beat which sounds like more a hum instead of silence.

And you should also know that when the っ appears before a [s] consonant, you hold the [s] sound for an additional beat instead of stopping all sound.

You might think of yourself as a snake speaking when it comes to these words… A ssssssssnake!

Here’s an example: しゅっせき (attendance) would be spelled in English as shusseki. For the っ in words like this, you hold [s] for one beat instead of stopping all sound.

So calling this entire thing a “stop sound” can be a little misleading since the [s] sound continues, but I wanted to present it to you in a format that is easy to understand considering that most of the time, the sound will indeed stop.

The actual name for the small っ symbol is sokuon.

Anyway, this entire concept is one of those things that becomes a lot easier to understand when you hear (or don’t hear) it in practice.

I tell you all of this information in order to bring it into your awareness so that you know what to listen for in the upcoming words.

Let’s take a look at some examples now.

First I’ll give you five words that use a stop sound.

Then I’ll give you three words that aren’t quite silent (the [s] ones).

Finally I’ll give you a couple of the [n] ones so that you can see how they are kind of the same, but also slightly different from the rest of these examples.

さっき = A few minutes ago

Also, it might be useful to hear some words without a stop sound right next to one with a stop sound, so here are two examples of this:

Listen to these last two example pairs again, and focus on the differences between the middle of the words where one has a stop sound and the other does not.

Time for Some Practice!!!

Alright, so you’ve already read this whole post which is good. Now you just need to listen to and repeat each of the example words two times.

I’m keeping the homework short this time since there is so much of it.

A final thing to note is that, when natives make these sounds, it actually goes by pretty quickly. A beginner might mistake that the Japanese person skipped the stop sound all togerther, but this assumption would be incorrect.

Natives pretty much always hit that stop sound, it just might have been so fast that your ears missed it the first time.

If this happens, don’t worry about it. With repeated practice you will get to the point where you always hear it, even at high speeds!

And always be sure to make it yourself when speaking!

If you’re confused about anything, try listening to the example words and repeating them out loud, and then re-read this post.

The second time you read the explanations, after you’ve heard and spoken the stop sounds yourself, will help out a lot.